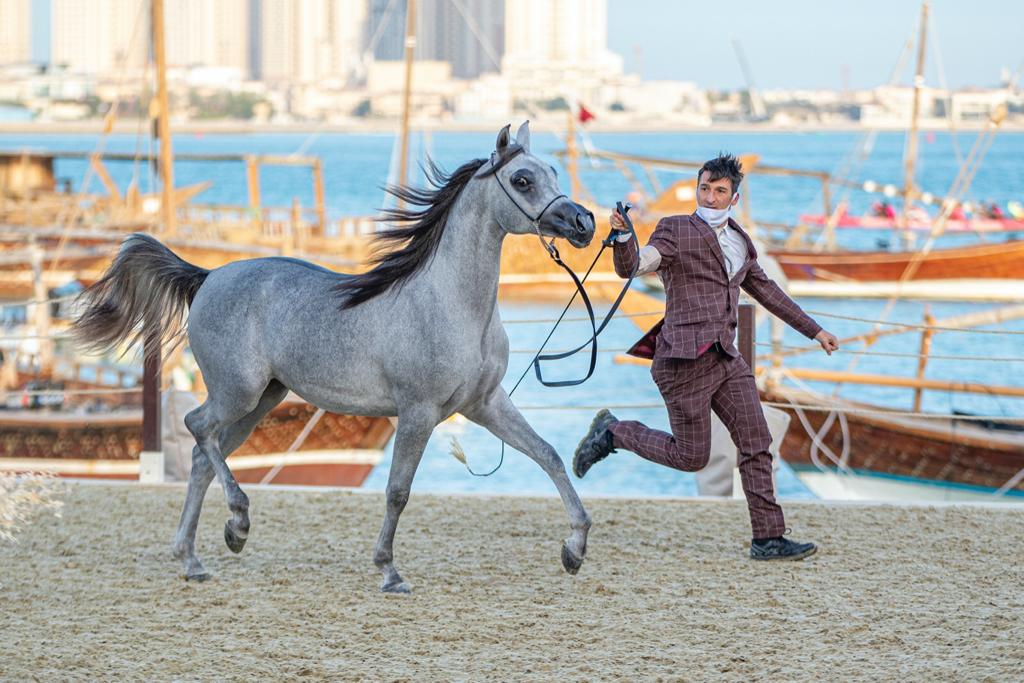 The Festival has been attracting several visitors and dignitaries

A number of Their Excellencies and dignitaries graced the Festival. They included the ambassadors and heads of diplomatic missions from Hungary, Austria, Poland, Italy, Ukraine, and Romania.

His Excellency Sheikh Hamad bin Ali Al Thani, Manager of Breeding and Show, Al Shaqab, expressed much appreciation for the support given by HH the Amir for the Festival. HE Sheikh Hamad also applauded HE Prof. Khalid bin Ibrahim Al-Sulaiti, General Manager, Katara, and Chairman of the Organizing Committee, Katara International Arabian Horse Festival, his team, and the partnering organizations for the noteworthy preparation that went into the Festival. Commenting on the success achieved by the many Arabians owned by Al Shaqab and other Qatari-owned studs in KIAHF 2021, HE noted that horses bred and raised in Qatar were indeed world-class.

The Title Show features a total prize money of QAR 13,000,000, one of the highest in the world for an event of this order. Special awards will be awarded to horses achieving high performances over the years.

Besides the Title Show, equine enthusiasts and visitors can look forward to various fun and activities. In addition to families looking for entertainment, the Festival is also attracting equine and art enthusiasts. Several equine-related exhibitions and kiosks are also featured as part of the Festival.

The qualifying rounds for mares and stallions (7 years and older) will be held on 5th February. The final day (6th February) will see the culmination of the Festival as the finalists of the various classes compete. A special ‘surprise’ show also awaits visitors as part of the grand closing ceremony.

In keeping with the directions laid down by the Ministry of Public Health and to ensure the safety of all concerned, visitors are advised to strictly comply with all the Covid-19 protocols.