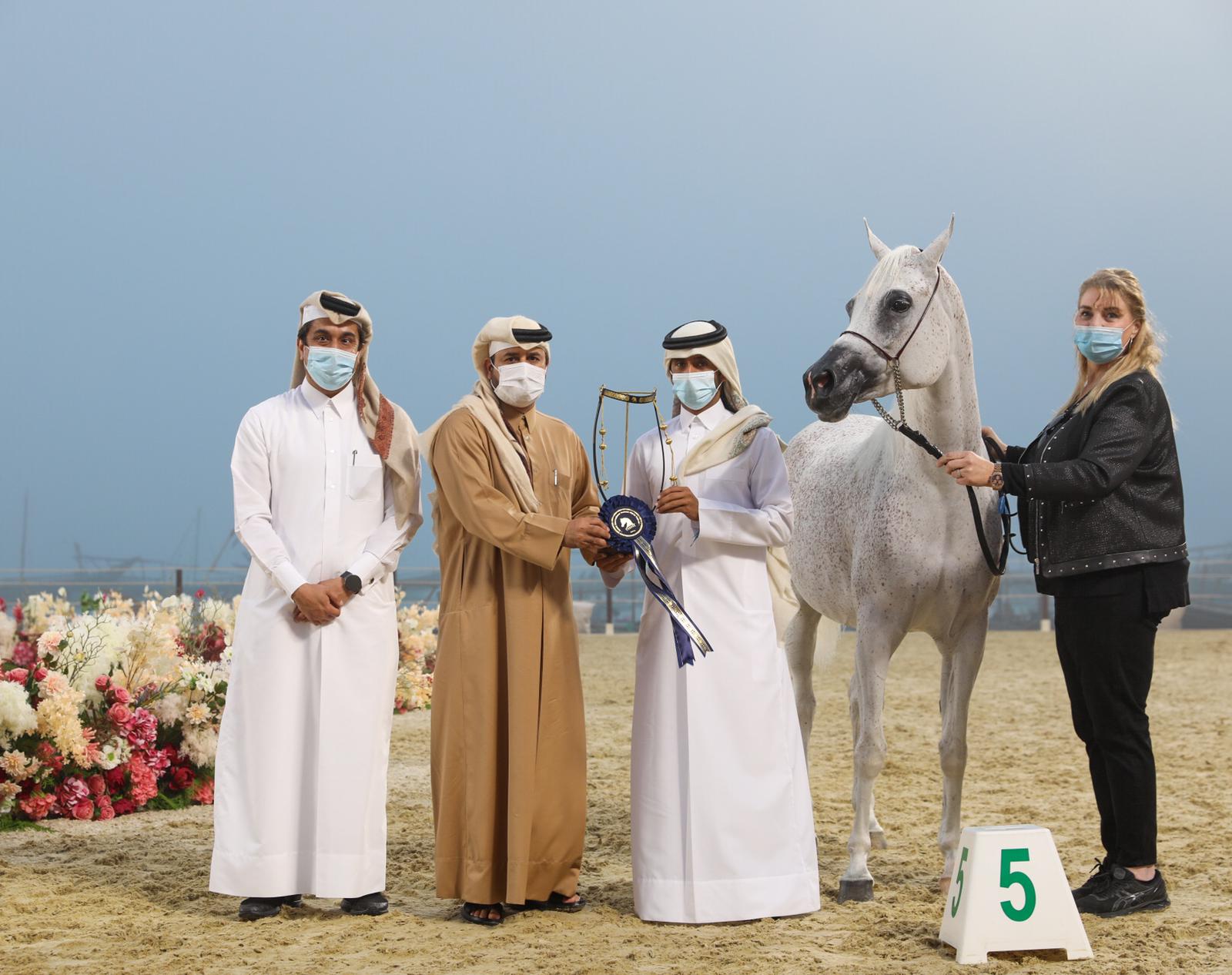 The fourth day of the Katara International Arabian Horse Festival (KIAHF) held under the patronage of HH the Amir Sheikh Tamim bin Hamad Al Thani witnessed the successful conclusion of the qualifying rounds of the Title Show yesterday. The competing mares and stallions (7 years and older) were indeed in a class of their own, displaying their majestic splendor. They left the spectators spellbound. Despite the foggy weather conditions, the prestigious Title Show continued to draw many visitors and equine enthusiasts. The Championship round of the Title Show will be held on 6 February as the finalists of the different classes compete.

Several dignitaries, including HE Dr. Issa bin Saad Al Jafali Al Nuaimi, Minister of Justice and Minister of State for the Council of Ministers Affairs; HE Mr. Ali Shareef Al Emadi, Minister of Finance; and heads of diplomatic missions from Algeria, Serbia, Republic of Korea, Republic of Albania, Republic of Uruguay, and the Central African Republic, attended the event. His Excellency Prof. Khalid Bin Ibrahim Al-Sulaiti, General Manager, Katara, and Chairman of the Organizing Committee, Katara International Arabian Horse Festival, honored the sponsors of the festival for their support and partnership.

Mr. Bader Mohammed Al-Darwish, Title Show Manager and Secretary-General of the Asian Equestrian Federation, commented on the outstanding performances of the horses owned by Al Shaqab (member of Qatar Foundation), Al Jasmiya Stud, Al Nasser stud, Al Rayyan stud, and the Al Shahaniya Stud (owned by His Highness Sheikh Mohammed bin Khalifa Al Thani). He pointed out that the horses were undoubtedly world-class. He also noted with happiness that the Title Show had attracted the participation of several studs and individual owners from Qatar in the very first edition of KIAHF.

The Festival has featured several attractions, including art exhibitions, 3D paintings, an equine-related postal stamp exhibition, and various entertainment activities. Besides the incredible show of the competing Arabians, visitors can look forward to a grand closing ceremony and a ‘surprise show’. Activities for the final day will include an auction by Qatar-based auction house, AlBahie. The auction house has been featuring several equine-related works of art, titled ‘Al-Aseel,’ created by international artists.