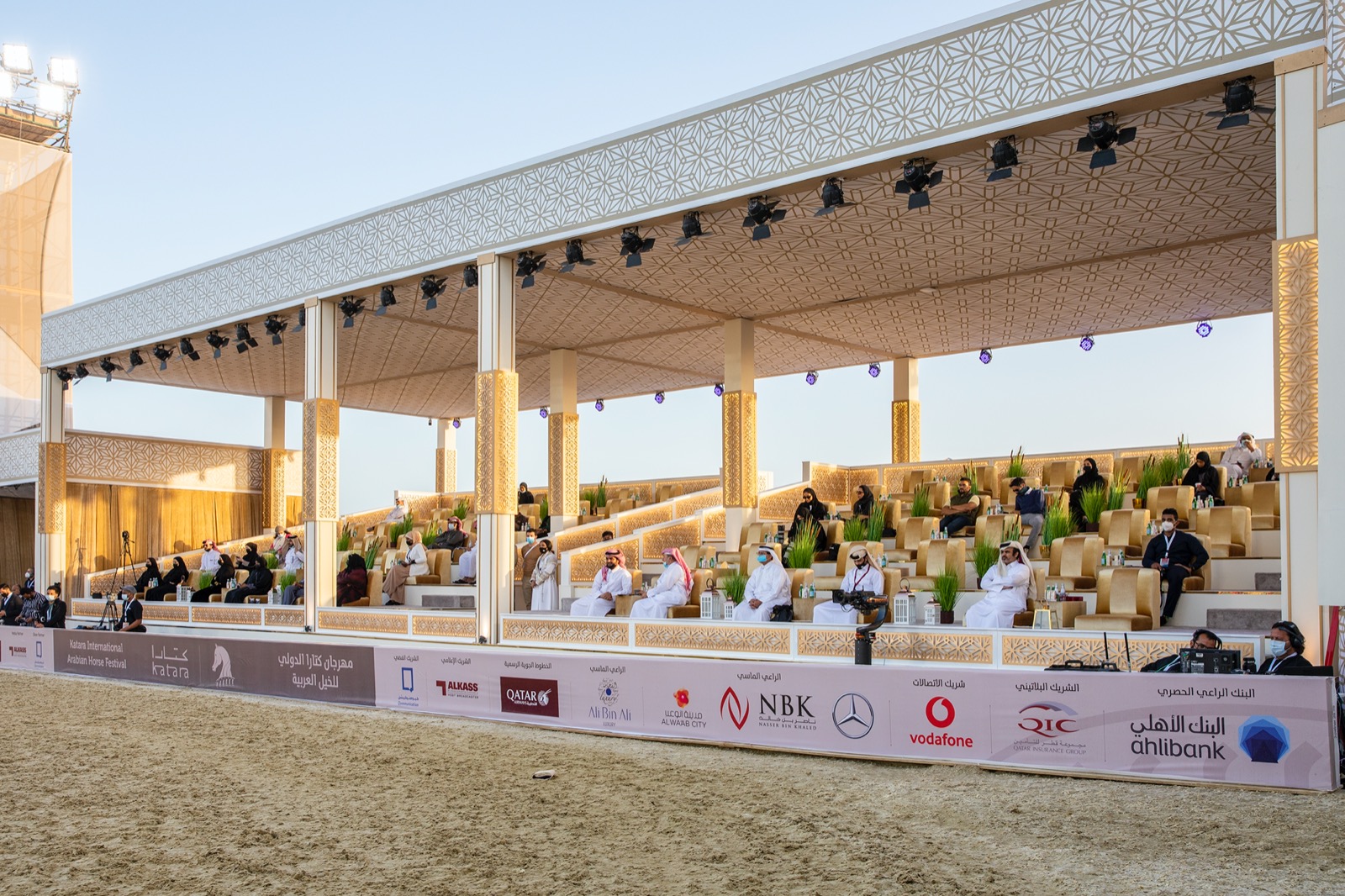 The prestigious show features some of the finest horses from the 12 participating countries.

The Title Show commenced in the presence of a number of Their Excellencies, led by HH Sheikh Mohammed bin Khalifa Al Thani, HE Sheikh Joaan bin Hamad Al Thani, Chairman of the Qatar Olympic Committee, HE Sheikh Thani bin Hamad Al Thani, HE Sheikh Al Qaqa bin Hamad bin Khalifa Al Thani, and several heads and members of diplomatic missions to Qatar, including HE Tayeb Debd Robleh, Ambassador of the Republic of Djibouti, and His Excellency Patrick Cornell Ananda, Ambassador of the Republic of Kenya.

His Excellency Prof. Khalid Bin Ibrahim Al-Sulaiti, General Manager, Katara, and Chairman of the Organizing Committee, Katara International Arabian Horse Festival, gave away the prizes to winners of the qualifying rounds. The competition was stiff as the participating horses displayed their beauty and grace, winning the hearts of the viewers. The qualifying rounds will continue on 4th February with fillies and colts competing in the 3-year and 4-6-year categories.

Sami Jassim Al-Buainain, an equestrian expert and former President of the International Federation of Purebred Arabian Horse Racing Authorities and a member of the Executive Committee of the World Arabian Horse Association (WAHO), expressed his appreciation for Qatar’s strong leadership and Katara’s proficient handling of the Festival. He reiterated that the competition was expected to be fierce with the participation of the finest horses from 12 countries.

To ensure the safety of all concerned, Covid-19 protocols have been put in place. Visitors must show ‘Green’ status on their Ehteraz App to be permitted in. They must wear their masks at all times and ensure that they maintain a safe social distance of 2m.